Lessons from the Crash 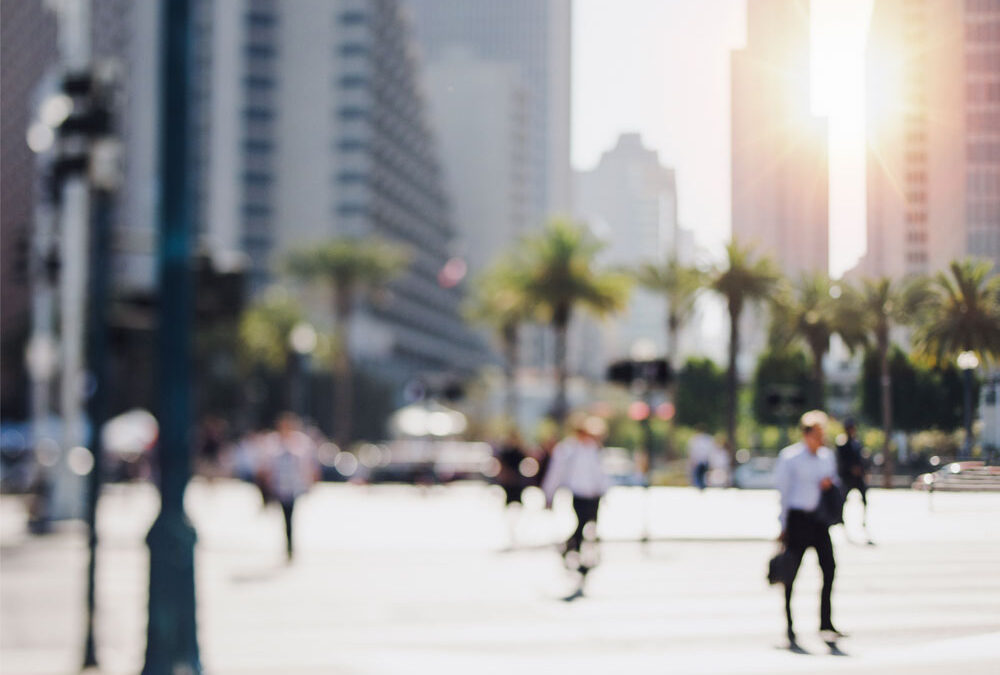 Like many of you, my thoughts have gone long and deep during this historic and difficult time. The initial shock of the epidemic — and the reactions to it — seem almost surreal. It is my sincere hope that regardless of our views on the lethality of the virus and the correct policy reactions, we can all be more caring and thoughtful toward each other. That will help us come out of this experience stronger.

Lessons From The Crash

Have cash set aside for a rainy day. It is too hard to predict or know how and when government policies (i.e. cash) will aid you. Having a six-month emergency fund is a rule of thumb that has stood the test of time.

Having the right asset allocation will help you take the proper amount of risk for the return you need long term. The right allocation prevents you from selling low and buying high during times of market stress. Investors should view their portfolio not as something to be sold or bought wholesale, but as something to be added to and taken away from by degrees. Investing is an ongoing long-term activity. Your portfolio is a productive asset that generates returns to live off or use for productive purposes. We too often view it as a speculative asset in an all-in or all-out manner. There is too much focus on the overall value compared to what it could generate for you.

This is a crucial task and important service we provide. Just as it was crucial to take some profits on the way up, it is now as important to put some capital back to work. Rebalancing is an effective way to properly sell high and buy low.

After a decade long bull market, people started to take on increasing risks. This has come to a screeching halt, and most will be risk averse for the foreseeable future. In the current volatile environment, people tend to act out of a fear of losing money. The best way to not lose money in a downturn is to NOT sell (i.e. hold the assets). Consider the following excerpt from Spencer Jakab’s article in the Wall Street Journal on March 27, 2020, titled “How I Learned to Stop Worrying and Love the Bear Market.”

“A surprising share of a new bull market’s returns pile up in its very early stages when people are most fearful. Take the one that ended last month. Putting $100,000 into an S&P 500 index fund on the day the bull began on March 9, 2009 and selling at last month’s peak would have seen that turn into $630,000 including dividends. Waiting just three months to make sure it wasn’t yet another head fake would have earned you only $450,000. If you wait for happy headlines or hopeful government statistics for a clue for when to pounce, you’ll be too late. Stocks typically rally before a recession is over. For example, imagine an investor who went back over the last eight recessions, all the way back to the Great Depression, and bought the S&P 500 or its predecessor index at the bottom of the accompanying bear market, only to sell as soon as the recession officially ended. This market-timing genius would have made an annualized return of over 64%. That compares to a long-run annualized return for U.S. stocks of about 9.6%.”

The Siren’s song of low interest rates forced investors to take risks they otherwise would not take.  The current market sell-off has brutally exposed the realities of reaching for yield.  As so often happens after years of calm markets investors had become complacent. The coronavirus pandemic was simply the catalyst that unraveled an inevitable comeuppance. When the tide goes out you can see who has been swimming naked.

We will be in a low interest rate world for a long time unless government actions to backstop everything finally produce inflation.

Either way real long-term returns going forward could be lower which means you will need to own more assets and/or save more.  There is no free lunch.  Long-term economic recovery and strength will depend on how much debt and governmental restriction is placed on the economy.  We will have to pay for our own bailout for years as we will now have significantly higher debt levels, or we will all pay for it with inflation.  There will be scars from this situation resulting in more caution by households and businesses as people change their behavior.  As a result you will need to own more assets and hold less cash.  Since the financial crisis, the 10-year US Treasury yield was in the range of about 1.5 to 3%. Consider the following about the detrimental effect of rock bottom interest rates:  To earn $30,000 in interest at a 3% yield required $1,000,000.  To earn that same $30,000 of interest at the current yield of 0.60% requires $5,000,000 – five times the original amount!  Inflation coming.  Things will be more expensive either through inflation or inflated asset prices via low interest rates.  The new worry after all of this will be how to not lose purchasing power.   I’m not predicting rampant runaway inflation (although there’s always a risk of that) but more of the slowly increasing kind akin to the slowly boiling frog analogy.  Continued low interest rates will keep zombie companies and inefficient operations alive which will reduce productivity of the economy overall (can you say Japan/Europe?).

The first quarter of 2020 was the worst start for a year ever with the S&P down 20%. Peak to trough, it was almost down 40%. In risky assets of any kind there was nowhere to hide, and historic volatility ruled the day. Even Treasury bonds experienced heavy volatility with the 10-Year Bond yield dropping below a half a percent on March 9 — and then rocketing back up over 1% only to fall back toward the low at the time of this writing.

If we are entering a depression, the markets will likely have more to fall. When the markets are down around 35%, it is pricing in a severe recession. At the time of this writing, the markets were down about 27%, but this changes drastically day by day. It is still too soon to know what the economic outcome will be. The best scenario is that we get peak virus data over the next few weeks, giving the markets and economy a view on how to recover.

Our Managed Income is one-third Treasury Bills, one-third Treasury Bonds, and one-third income-producing stocks like utilities and dividend stocks, etc. This latter portion was not spared the carnage of the sell-off and pulled the portfolio down for the quarter. However, we limit the risk by keeping this exposure to only one-third of the portfolio, while keeping the rest safe in Treasuries. The sell-off is finally creating opportunities to invest in higher-yielding assets that, for nearly a decade, have been too expensive and risky to own. We are monitoring many of these promising investments.

Among our equity and growth strategies, the Fast Movers was the best performer by far and was only down 3.6% for the year compared to the S&P 500, which was down nearly 20%.

The Fundamental 20 strategy was about a percent better than the S&P 500 for the quarter.

Both of these strategies are directly in stocks and constitute about 65% of our Top Flight model. These two equity strategies focus on profitable companies and those with robust demand. This is a winning long-term combination and one we are looking to expand on within Top Flight’s allocation. The ETF Relative Strength and Seasonality strategies were the weakest performers, being down close to 30% each. Top Flight, which is a combination of all four, was down about 18.5% for the year (see table below).